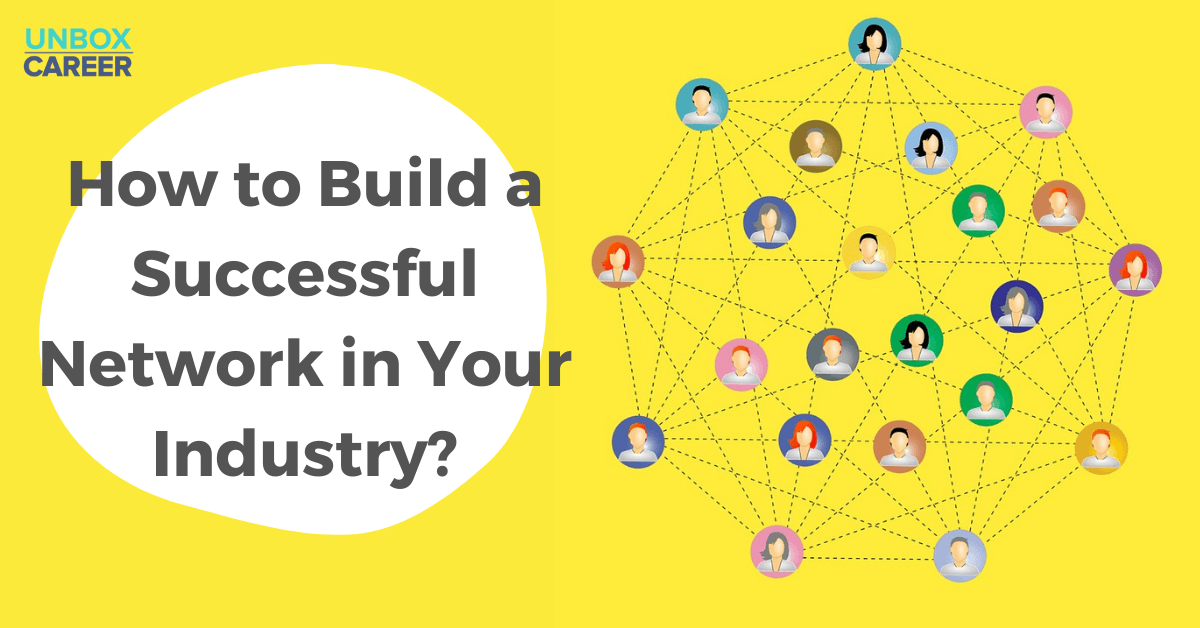 Your goal is to build a successful network and get ahead in your industry right?

To make a substantial living and be able to provide for yourself and your family with your skill-set.

And to brush shoulders with the heavy hitters in your industry and become one yourself.

To be remembered as someone remarkable that everyone should model themselves after. If any of these sound familiar, you’re reading the right article.

Following in the footsteps of the greats before you is one thing, but carving your own path can be hard to start when you don’t have a foothold in your industry, to begin with.

In this post, I hope to explain how to build a successful network, how you can target the right niche, and what you need to do in order to brush shoulders with the influential people in your industry.

So why do you need to build a successful network?

If you notice, I say need and not should or “maybe think about it”.

Building a successful network is a necessity for building your business. You know the phrase “it’s not what you know, it’s who you know”? Well, it holds true here as well.

Yes, you can push, shove and claw your way to the top over the course of 5 years. It will get you the same end result – wealth and security for yourself and your family. It will give you the freedom to conduct your life in whatever ways you dream possible. But why would 5 years of struggling to be worth the time and effort when you could network with a few people and gain the same results with a momentum that you could never imagine?

In a simple sentence, networking is the greatest way for you to grow your business at an astounding rate by communicating with the bigger players – the sneezers as Seth Godin calls them – to help propel your name, your brand, your work, and your face into the computer screens, email inbox, Twitter apps and pockets of thousands of more people – instantly.

So grab a pen, take some notes and I hope by the end of this post you not only have a better understanding of networking and the power it gives us as small business owners, but I hope it also allows you to make some great new connections that give your business the boost it needs to be #1 in 2021!

This is crucial in determining who you should have in your Digital Rolodex.

Find out what niche you’re going to be in so you can then pick apart who the greats are in that particular niche.

Spend a good couple of days to find out what you’re happy doing on a daily basis – is it marketing, designing, writing, photography, or something else?

The key is to pick a niche that isn’t too generalized.

Those two will help you stick out better in your successful network building and will also connect you with the people who will know the most about what you do and be able to help you with questions you may have on the subject and they will also be able to give you pointers.

It really is a crucial step to build a successful network list, even if it does seem simple.

Finding that perfect sub-niche is the key to networking with the right people. I can’t tell you how many times I’ve had blog designers write me and ask if I could help them on a couple of projects because they were too busy.

I didn’t ask for it, I didn’t send out letters telling people I could do that for them – they wrote me. They wrote me because I networked with them and they knew me.

This is the next step in building your successful network; building the potential network list.

This list will cover everyone (and yes, I mean everyone) in your niche who pulls any type of weight in other people’s eyes.

From the guys with 10,000 people following them to the less known – but equally important – people.

Everyone is worth your time. If they’re not, then maybe you’re not worth theirs. Think about that for a second, and then we can move on.

OK, done thinking about it? Good – you’re still with me.

So now you’ve got your list of names right? No? Oh, you need to know how to get the names and find the right people to build a successful network with!

Well, reading this post was a great start. But other than me, you won’t find anyone to network with within this post. So where do you find the right people to build a successful network with?

RESOURCES TO FIND PEOPLE FOR NETWORKING

Below are sine great ways to find some of the names being talked about throughout the wonderful internet world. I have personally used them and continue to use them to this very day.

When you are done, you should have around 100 or so solid networking leads.

Now all of the big networking benefits should come rolling in right? Nope. You’ve got to put some time and work in, in order to connect and build those solid relationships. Because after all, we’re networking to build relationships and not trying to just milk the big dogs for their star power. Conversations go farther than advertisements.

FINDING THE RIGHT TIME TO BUILD A SUCCESSFUL NETWORK

Figuring out when the right time to network with people in your niche is one of the toughest parts of building your Digital Rolodex.

Are they in the UK but you are in India? Are they sleeping while you’re eating breakfast? Do they have a 9-5 but you’re not entirely sure when that is? Yeah – I’ve been there. It takes a bit of maneuvering to figure it out, but it’s actually easier than you might think it is to figure it all out.

Most bloggers will either have their location on their Twitter accounts, or they’ll talk about where they’re from on their blog (either inside of the posts or maybe just on the about page). Once you find out they’re from “London” you can go to view the World Clock and see what time zone it is where they’re from.

If it’s 10 pm their time while it’s 6 pm your time, plan for that. Set aside some time to make sure you’re around Twitter or the other various social networks they hang out so you can make sure they’re seeing your messages and will be more likely to respond back (provided you’re saying something useful – telling them you like their new profile picture isn’t productive).

This is the biggest and most productive way of networking with people and building up that contact list.

I personally picked three of the best networking spots where my target market hangs out most frequently. You can choose one, or ten – as long as you can handle the daily time it will take to keep your name in the mix.

Using the same example as before, maybe you’re after the “Freelance Logo Designer” group. A couple of places you could definitely find them would be Twitter and Logo Pond.

These two places will give you not only a place to showcase your own logo design work and see what other logo designers are creating, but you can also use Twitter to chat, @ message them, and connect with them on a faster, more personal level.

Choosing the social media networks you’re targeting would depend on the type of people you’re after connecting with, but the general rule is to make sure you’re hitting the right places.

Help as many people as you can answer their questions if they have them. That will ensure that you’re going to be on the top of their list of people they remember and they go to whenever they have a question or have an extra client they cannot fit into their schedule. You’ve heard the term “You scratch my back and I’ll scratch yours” right? Well, be the first to scratch, and 9 times out of 10, they’ll scratch back.

15 Benefits To Working As A Full-Time Freelancing

How to Crack Bank Exams In First Attempt [15 Simple Tips]